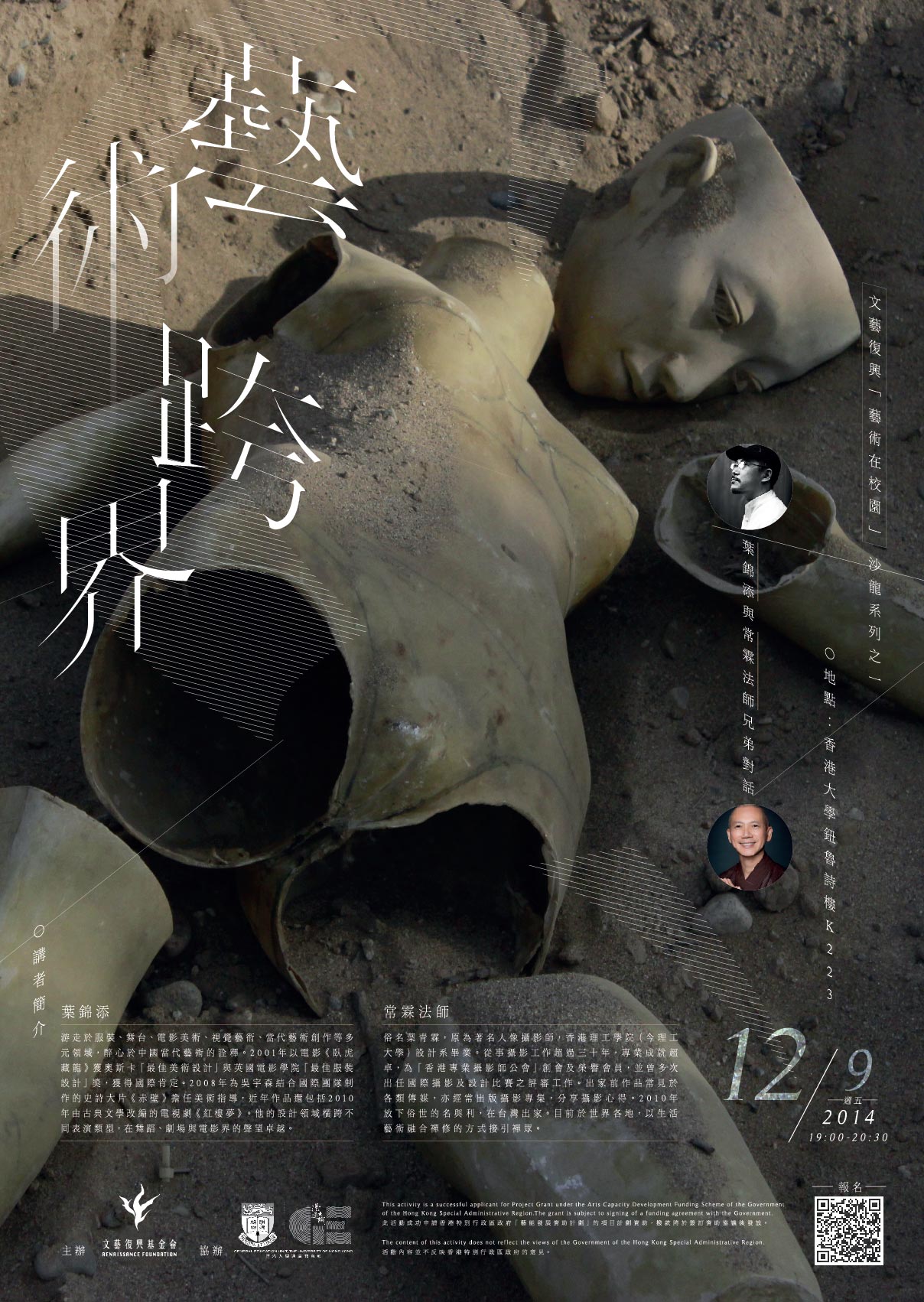 Yip Kam Tim
Tim Yip is a multi-discipline artist with works in costume design, visual and contemporary art. With Crouching Tiger Hidden Dragon, Tim won the Oscar for Best Art Direction and Costume Design and the British Academy Film Award for Best Costume Design in 2001. He also was the Art Director of John Woo’s film Red Cliff in 2008 and the Art Director of the TV drama based on a Chinese literature classic Dream of the Red Chamber in 2010. He is renowned for his accomplishments on costume design and art direction for many films and theatrical performances.

Venerable Chang Lin
Venerable Chang Lin, also known as Alain Yip, is a reputable professional photographer who graduated from the Hong Kong Polytechnic (now Hong Kong Polytechnic University) studying Design. With experience in the industry for more than 30 years, he initiated the “Hong Kong Institute of Professional Photographers” and has often been invited to judge numerous international design and photography competitions throughout Asia Pacific. His works have been widely published by various kinds of media. In 2010, he started his monastic life in Taiwan. Venerable Chang Lin now leads meditation retreats around the world, helping others to apply Zen practice in their daily lives.