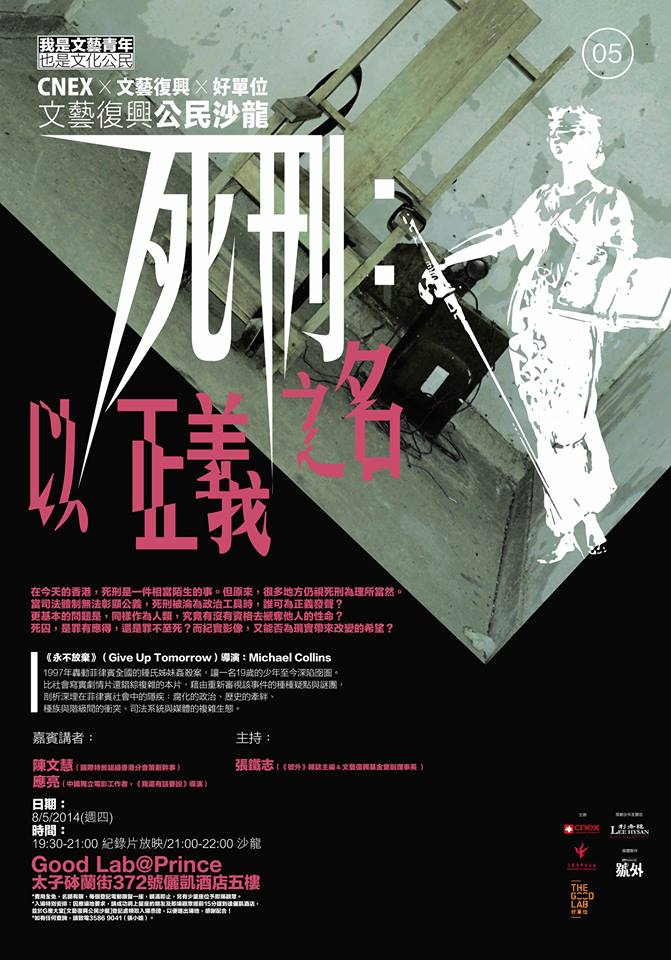 As a tropical storm beats down on the Philippine island of Cebu, two sisters leave work and never make it home. That same night, hundreds of miles away in Manila on a different island, Paco Larranaga, 19, is at a party, surrounded by dozens of reliable witnesses. The missing women, Marijoy, 21, and Jacqueline CHIONG, 23, are pretty and innocent Chinese-Filipinos, a group that has formed a traditional underclass. Paco, accused of their rapes and murders, is part of a prominent mestizo political clan that includes a former president. With a past of petty offenses, he neatly fits the role of privileged thug– and that is how he is cast by a frenzied media circus that swarms his arrest and trial, and cheers his eventual sentence to death by lethal injection.

Reflecting schisms of race, class, and political power at the core of the Philippines’ tumultuous democracy, clashing families, institutions, and individuals face off to convict or free Paco. Their irreconcilable versions of reality and justice play out in a case that ends a country’s use of capital punishment, yet fails to free an innocent man.

Give Up Tomorrow exposes a Kafkaesque extravaganza populated by flamboyantly corrupt public officials, drug dealers, cops on the take, and journalists in thrall to and in lonely stance against, a frenzied legal and media circus. It is also an intimate family drama focused on the near mythic struggle of two angry and sorrowful mothers who have dedicated more than a decade to executing or saving one young man.