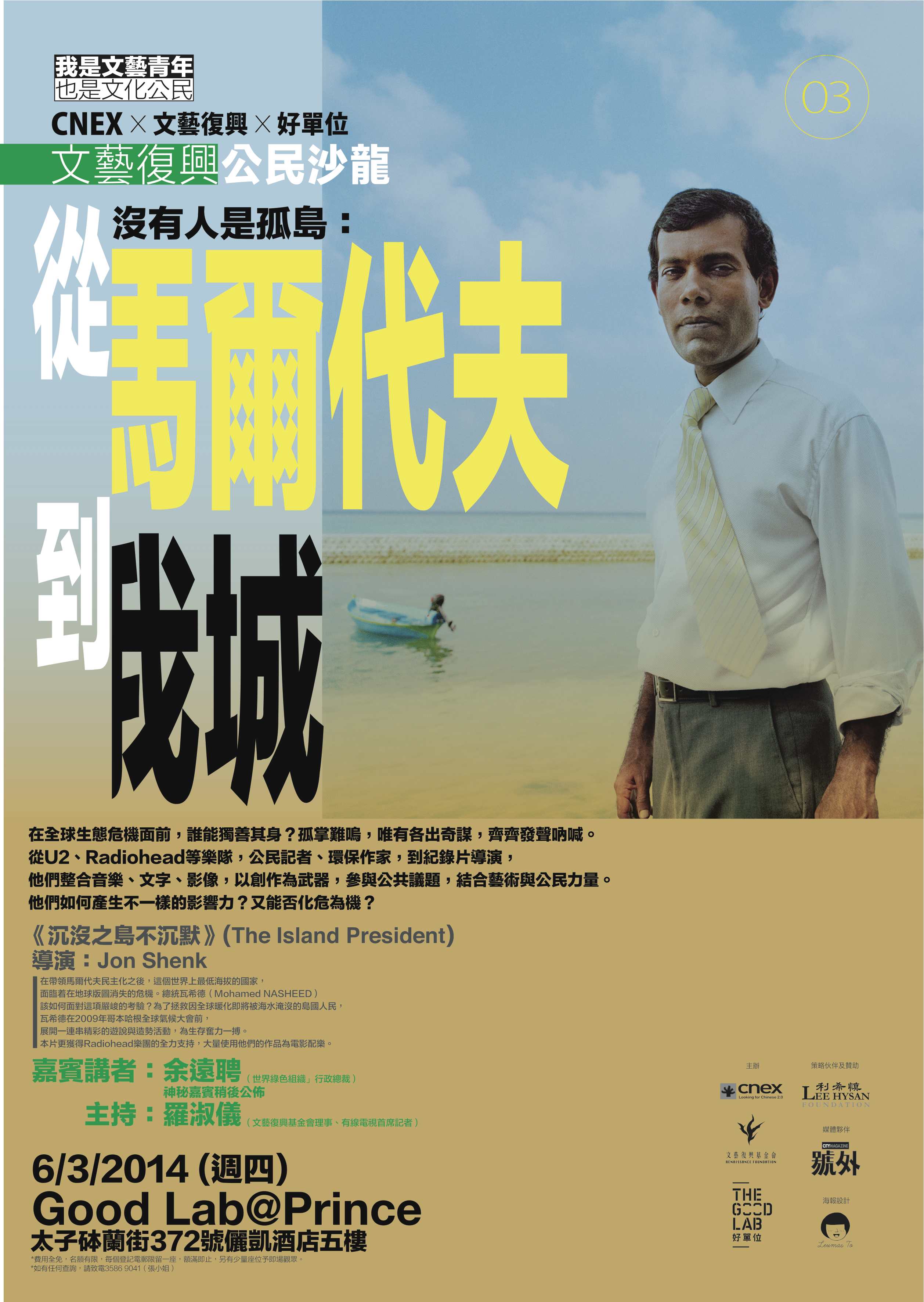 The Island President is the story of President Mohamed NASHEED of the Maldives, a man confronting a problem greater than any other world leader has ever faced–the literal survival of his country and everyone in it. After bringing democracy to the Maldives after thirty years of despotic rule, NASHEED is now faced with an even greater challenge: as one of the most lowlying countries in the world, a rise of three feet in sea level would submerge the 1200 islands of the Maldives enough to make them uninhabitable.

The Island President captures NASHEED’s first year of office, culminating in his trip to the Copenhagen Climate Summit in 2009, where the film provides a rare glimpse of the political horsetrading that goes on at such a top-level global assembly. NASHEED is unusually candid about revealing his strategies– leveraging the Maldives’ underdog position as a tiny country, harnessing the power of media, and overcoming deadlocks through an appeal to unity with other developing nations. When hope fades for a written accord to be signed, NASHEED sheed makes a stirring speech which salvages an agreement. Despite the modest size of his country, Mohamed NASHEED has become one of the leading international voices for urgent action on climate change.