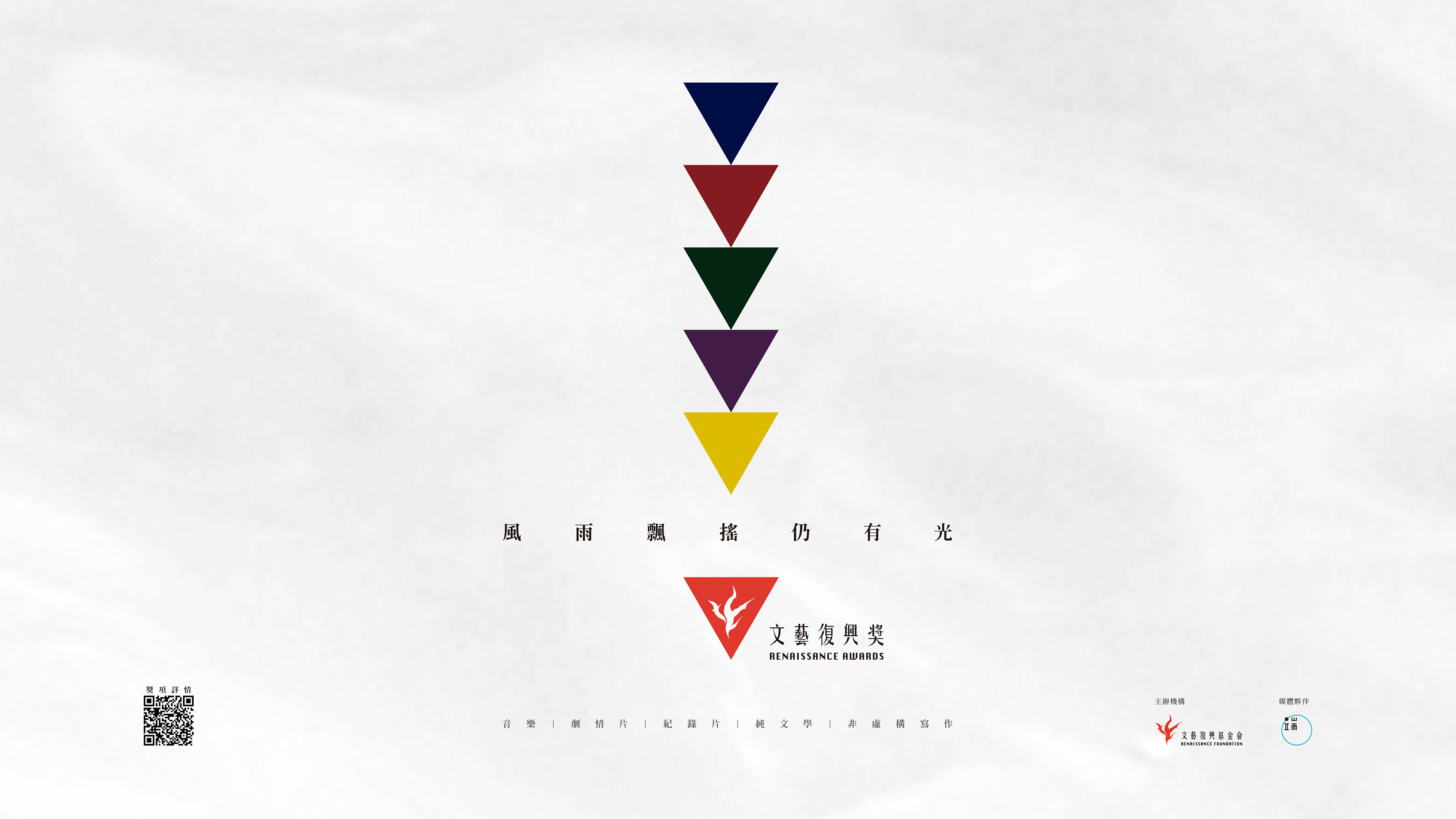 In the times of storm, there is still light.

“There is a crack in everything. That’s how the light gets in.” — Musician poet Leonard Cohen

We believe that with harder times, there comes more abundant creativity. Independent creative works, as the force of the forceless, as the light of the lightless, are the power of the powerless. They escape through every single crack, and run towards the land of freedom.

The Renaissance Awards is founded on the belief in creative and avant-garde works. With the challenge to the mainstream and taboos, with the breakthrough of cogitation and aesthetics, with the concern about the truth and the disadvantaged, avant-garde works consist of both the spirit of times and liberty. This is what the Renaissance Awards hopes to recommend. We encourage independent works in the Sinophone world that pioneer and care the society, while gathering more appreciators who value autonomy and freedom.

We are not running out of choices. The wings of freedom always shine upon us.

Translated titles (marked with an asterisk) are used where an original English title is not present.

Beyond the Dream – Kiwi Chow

Everything I’ve Told You about that Mountain* - LIU Chen Chi

Sparks of Life: The German Experience with Ageing – Yimen Chen

The Kaohsiung Incident, Not So Long Time Ago – Hsiangyen Tang