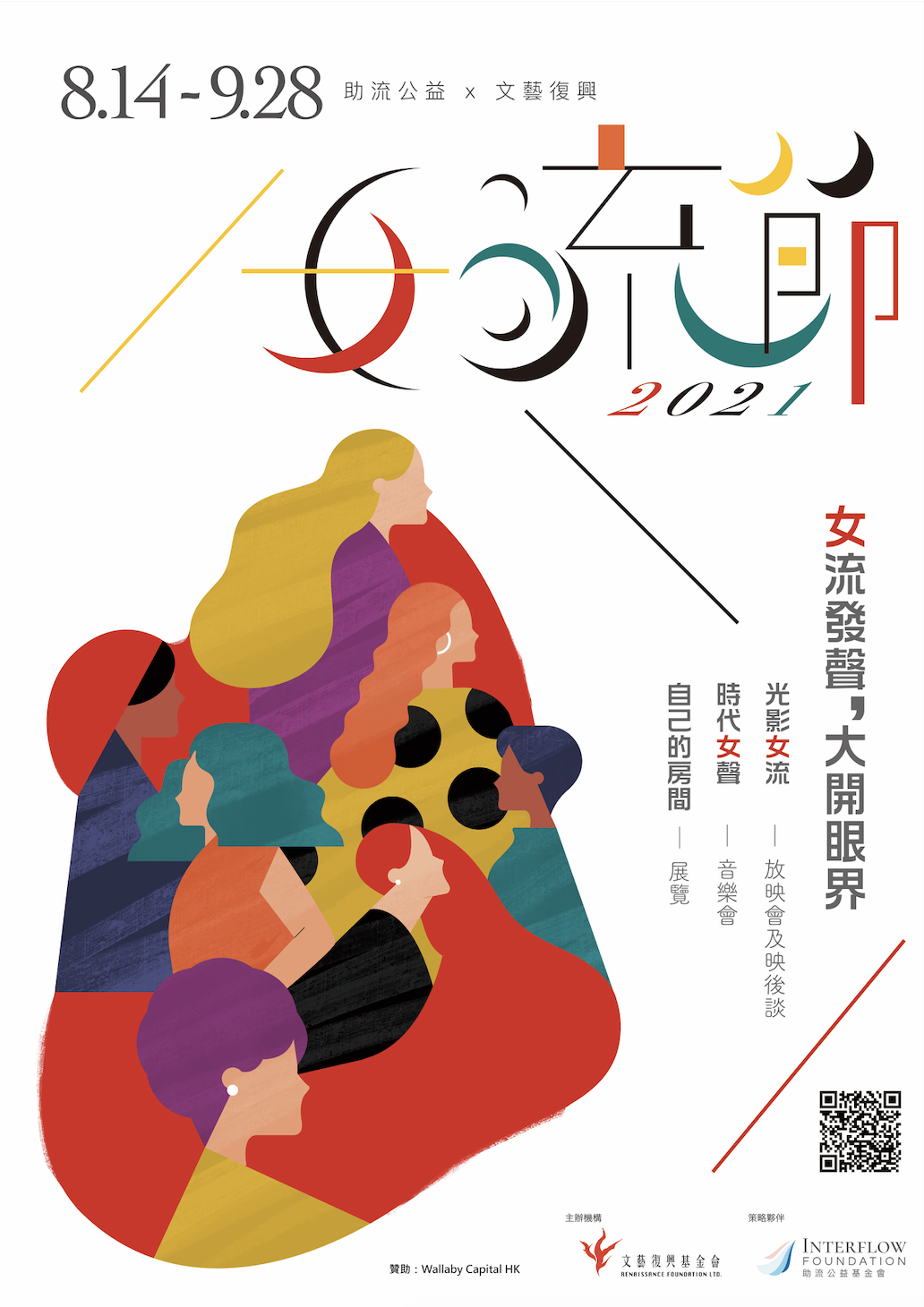 Let Gurls' Voices Expand Our Minds. The power of Gurls has become a reckoning force from pop culture to our daily lives. Gurls in Hong Kong look directly at contempt directed at women, while restructuring a new order, and we need you to join us to move against the tide.

Interflow x Renaissance Gurl Festival 2021 will be organizing a dozen arts and cultural events this summer, where thirteen Hong Kong women creators will capture ever changing lives with film, illustrate drifting thoughts with music, and resist the emptiness of our times with everyday lives.

Gurl Festival pays tribute to women's perspective and sensibilities by exploring the connection between creation and our everyday lives through movie screenings, post-screening discussions, music performances and an arts exhibition, while continuing to advocate for women's empowerment through arts and cultural participation.

The World Through Her Eyes : Film Screening & Post-Screening Discussion

In the world of film, Gurls' works form a gentle yet firm and wide spectrum. Gurl Festival selects eleven films that seek to enrich our understanding of nine Hong Kong women directors across generations, who have won local and international awards.

They include Tang Yi, winner of Short Film Palme d'Or at the Cannes Film Festival; Ann Hui, awarded with Lifetime Achievement by the Venice Film Festival; and, Ruby Yang who took an Oscar with her documentary work.

Ritoma chronicles how herders work to save themselves without access to any education in the Tibet Plateau. Black Goat explores the taboo topic of menstruation, while The Way We Are focuses on women living on the edge of the city.

In Butterfly, we delve into the journey of lesbians discovering their sexual desire and gender identity, and All the Crows in the World embark on a quirky adventure into the depths of human nature.

Gurls gather the tiny forces in daily lives, which permeate through rocks in the tunnel of history. One Tree Three Lives witnesses the daily life of Hualing Nieh Engle, a major proponent of 20th century Chinese language literary arts.

Fagara, 32+4, 3 Generations 3 Days are three films of different genres that take you through stories of family lives, while The Dropout of Her begs the question of love and lust of a young girl. 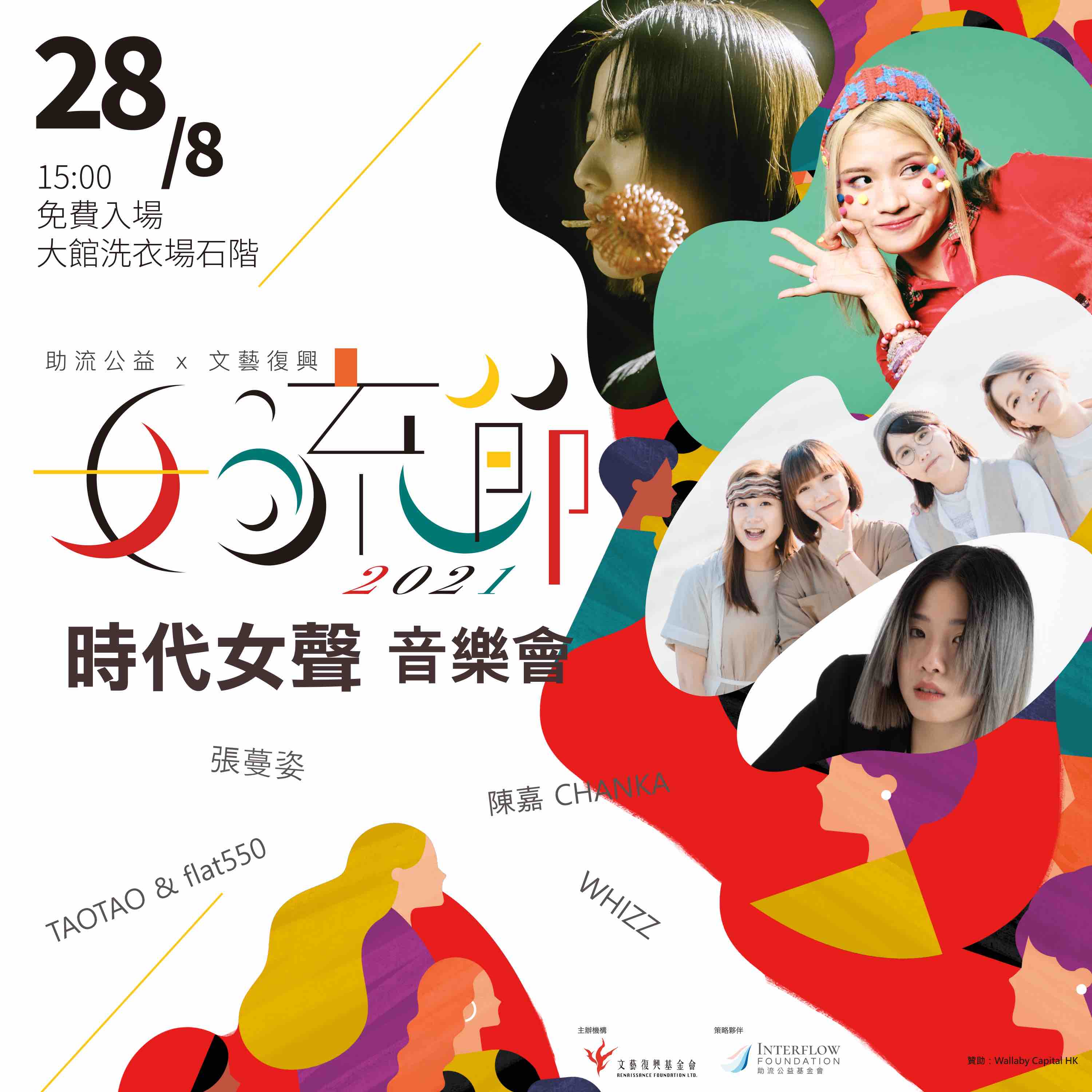 Gurl Voice of the Times, A Concert

Gurls in music. Women musicians have long been an integral part of pop culture.

When we talk about Gurl Voice nowadays, we no longer limit ourselves to singing divas, nor are we obliged to take up the role of the serious feminist. Gurl Voice, today, means women musicians creating indie music inspired by our surroundings.

Four women new generation music groups have been lined up in the Gurl Festival: Gurl Voice of the Times. All of them are the new voices of Hong Kong of our times. They are the unique voice Gigi Cheung, all-women hipster groovy-pop band WHIZZ, and TAOTAO & flat550 bring us soothing urban R&B. CHANKA will be telling stories inspired by roaming in the city with her delicate voice. 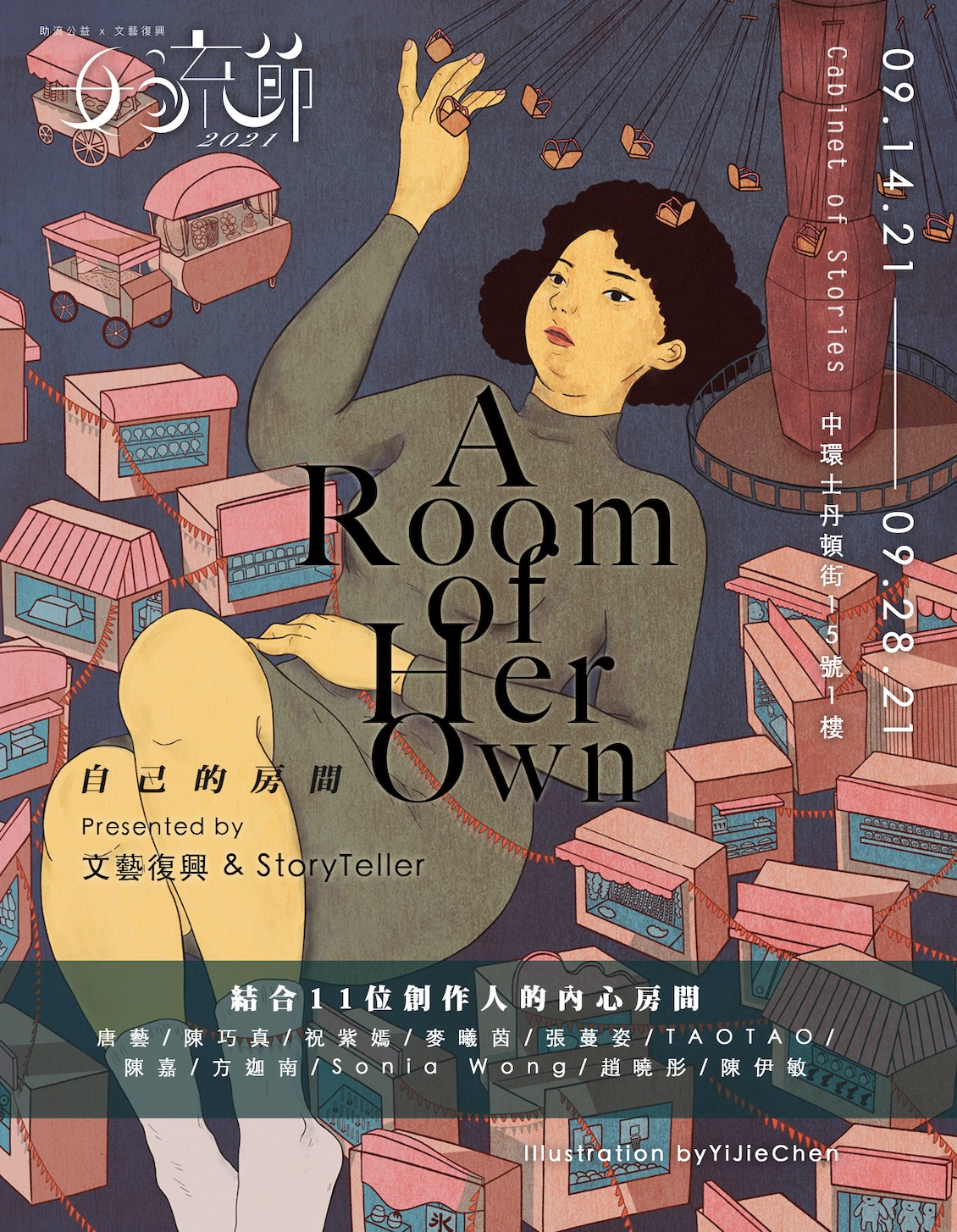 Renaissance Foundation x StoryTeller: A Room of Her Own, an Exhibition

Virginia Woolf, named the pioneer feminist of the 20th century, once said, "A woman must have money and a room of her own if she is to write fiction."

Renaissance Foundation and StoryTeller will be collaborating to take us into a room of images, music and literature of women creators, in a mixed media Gurl space situated in a Central Tong Lau, where we experience the making-of journey of these women creators, through objects of their daily lives in which they find comfort.

Founded in 2012 and based in Hong Kong, the Renaissance Foundation, a non-profit charitable organization, is dedicated to nurturing upcoming generations of young creative talent. It sponsors independent creation and incubates new networks of cultural industries, establishing a professional platform to facilitate entry into international markets.

Interflow was founded in 2021 with the mission of giving back to the local community, saving the oceans, and promoting diversity and inclusion. We support nonprofit organizations through charitable fundraising and building successful partnerships.

Interflow is a movement that brings people together. We are dedicated to simultaneously supporting the underprivileged and marginalized in Hong Kong and taking extra steps to protect the ocean.